The Sporting Element of the Practice of Law*

Judge H. Sol Clark famously lamented that “The sporting element of legal practice is no longer with us.”[1] But for two legendary Georgia lawyers, that was indeed their apotheosis. Larry Cohran and Glenville Haldi are no longer with us, so we may now speak freely.[2]

Larry Cohran assumed mythic proportion, even in life. Did he really obtain a legal name change to “Judge Larry Cohran?” Did creditors actually intervene in his divorce, claiming Cohran's proposed property division was a ruse to place his assets beyond their reach?

What is beyond conjecture was his penchant for “pressing the envelope.” In the nascent days of the Civil Practice Act, the parameters of discovery had not yet been vetted with case law. In such a vacuum, Cohran's proclivities were unfettered.

In the course of civil litigation,[3] Cohran penned a letter to opposing counsel, Hunter S. Allen, offering “May I extend a sincere wish that you and those whom you hold dear enjoy a Merry Christmas and a Happy and Prosperous New Year.” Undoubtedly buoyed by Cohran's bonhomie, Allen failed to appropriately focus on Cohran's following legerdemain:

“I have seriously considered requesting you to admit certain facts which exist in this case. There is no doubt in my mind (and I am sure there is little doubt in your mind) that I can prove these facts. Yet, I hesitate to ask you to admit the truth of these allegations because I fear that you will feel that you are helping me prepare my case; nevertheless, I do request that you admit the truth of the allegations contained in Paragraphs "4", "5", "6", "7", "8", "9" and "10" of Plaintiff's Complaint.”

The precatory nature of Cohran's entreaties had the desired effect, and the somnolent Allen failed to view it as formal discovery. Allen's failure to deny was deemed an admission in judico by the trial court, resulting in Cohran's trial level victory.   On appeal Judge Eberhardt noted a number of procedural deficiencies, ultimately reversing on the premise that, “It is inescapable that the form of a request for admission should take on the appearance of a pleading.”

Glenville Haldi's magnum opus[4] accompanied the gut punch of learning that his mother had terminal cancer.   But soon realizing that it is an ill wind that blows no good, Haldi embarked upon the enterprise of obtaining for his bed-ridden mother loans from virtually every financial institution in Decatur; and coupling credit life insurance policies to secure the loans. The ever-perspicacious Haldi realized that the highly lucrative nature of credit life insurance dictated that health questions were often not a part of the insurance application, in the sales clerk's haste to obtain the customer's signature on such a high margin addendum.

In matters of such commerce, Haldi was quite adroit. Upon his Mother's unfortunate death within two months, as Administrator of his mother's estate he demanded that the insurance companies make good upon their bargain and satisfy his mother's myriad loans of recent vintage.   As the financial solons of Decatur compared notes, they realized a pattern of such magnitude that it bespoke conscious design.

A jury comprised of the good citizens of Decatur and Dekalb County rescinded the insurance contracts, but the Georgia Supreme Court ruled there is neither fraud nor material misrepresentation in an arm's length health insurance transaction, if a health questions are not asked. Haldi's sporting gambit prevailed.

[2] “The dead have no cause of action for defamation under the common law.”   Sack on Defamation: Libel, Slander and Related Problems (4th ed. 2010). 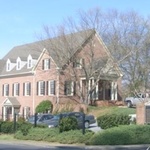